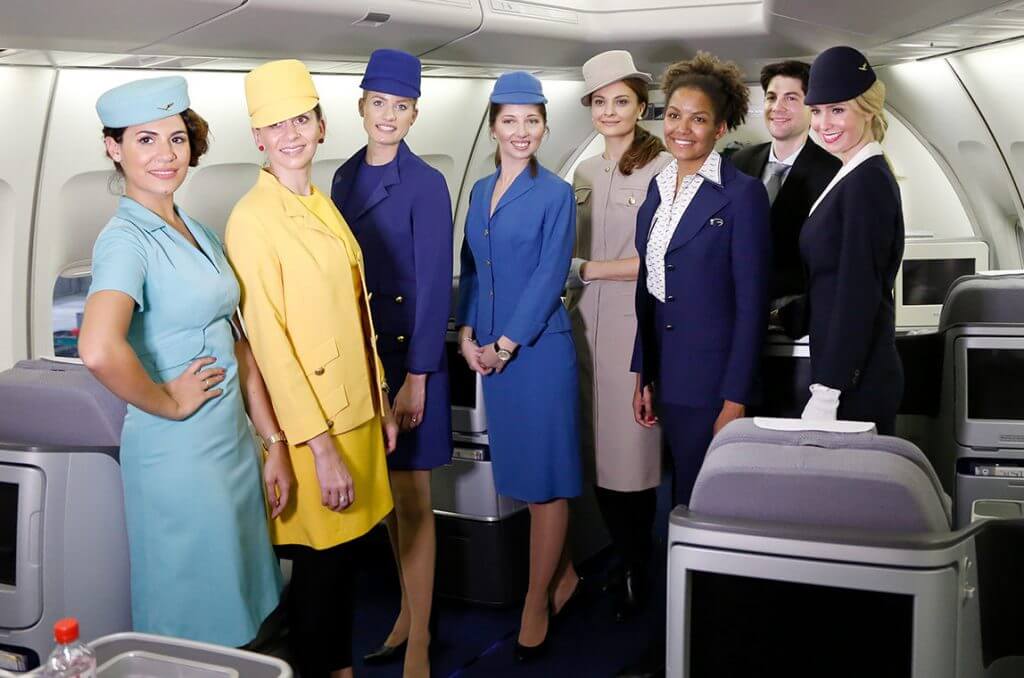 Travelling is fun but being a flight attendant is very challenging as well as demanding task. However, at the same time the profession involves a lot of glamour too. From their height to uniforms, every aspect of flight attendants depicts the airlines they represent. Here is a rundown of top 10 airlines with most beautiful flight attendants.

Cathay Pacific is considered as one of the best airlines and is well-known for its services, hospitality and the number of accolades. This Hong Kong-based airline has some sharp, sensuous and subtle female flight attendants. With their red uniforms, the Cathay Pacific has been bragged about having some of the prettiest flight attendants.

Rather than choosing professional models, they opted to showcase their beautiful stewardesses on the catwalk. They take the beautiful faces and bring them to goodness with expensive as well as proper training schedules. The services provided by them are top-notch regarding excellence.

The cabin crew uniform of Emirates is one of the most recognizable in the world. Their outfits surely bring some more elegance to their looks. Because of the services in terms of comfort and luxury provided by them, the flight fares are pretty expensive.

Virgin Atlantic is a British airline headquartered in England. The ladies at Virgin Atlantic looks incredibly charming with their well-fitted red suits and silk neckties. With those red uniforms, the flight attendants of Virgin Atlantic are no fewer beauties than the actresses in Hollywood TV series.

In a survey conducted in the year 2011, they got voted as the most attractive air hostesses. They are glamorous, elegant and always intend to provide the best hospitality to the passengers with their smiling faces and cheerful attitudes. The flight attendants of Virgin Atlantic are often termed as “Red Hotties,” and stands among the hottest in the sky.

EVA Air is the leading independent airline in Taiwan. It was named as the World’s 8th Best Airline at the World Airline Awards in 2016. EVA Air is not only recognizable for its quality services but also the beautiful stewardesses as well.

From the stiff competition, EVA Air hires most young and attractive air hostesses. People often prefer to heap praise on the company for its onboard beauties. They possess not only appealing beauty but also fun personalities. Regardless of their uniforms, the friendly faces really strike a chord with passengers not only in the air but also on the ground.

Thai Airways, the national airlines of Thailand, is one of the best airlines which provide the best care in the air. They have already won numerous awards for their impeccable quality of service. They always set out to provide the best comfort to all of its passengers.

Lufthansa is another airline service which stays among the best and is popular for the beautiful faces it brings to the crew. This European airline holds more than enough good reasons to be on this list. This German company includes the prettiest ladies who came from unique and diversified ethnicities among the cabin crew.

Aeroflot Air is the flag carrier and also the largest airline of Russian Federation. This greatest airline gives distinctive red uniforms to the stewardesses and holds the 4th place in our list. Russian women are said to be one of the gorgeous women, and the flight attendants of Aeroflot Air are just proving it right.

Their sharp and crisp caps, perfectly angled neckties do manage to grab the attention of passengers. They have been rated as the world’s most stylish in a survey conducted by a popular flight booking website.

Shenzhen Airlines is a Chinese Airlines company. Liu Miaomiao, one of the flight attendants of this airline,  has been awarded as the most beautiful in the list published by the World Air Stewardess Association in 2015.

The attractive red and white uniform of the stewardesses is also one of the key features of this airline. These cute ladies are not only known for their beauties but also their pleasing smiles, thoughtful care for passengers and kind behaviour. They are ranked on the Top 10 Airlines by Smile Service.

Everyone wants a flight attendant at the time of travel to be very cute as well as friendly. Singapore Airlines considers this thing and brings their air hostesses to be way too attractive and friendly. The ladies are clothed in exclusive “Sarong Kebaya” which makes them look glamorous without trying too hard.

Their hospitality and cabin services have been recognized as the best and awarded by several magazines, travel and tourism industries. The Business Traveller Asia-Pacific Awards has provided them with World’s best Cabin Crew Service for 17 years straight.

Fortunately, the incredible and dreamy flight attendants do substantially make up for the terrible and uncomfortable economy seats of Air France. The uniform of the flight attendants resemble a stylish tub mannequin and are designed by the world-renowned designer Christian Lacroix.

These adorable ladies will make the passengers feel comfortable, help with the queries and provides meals and beverages. Despite the poor services offered by the airline, the stunning flight attendants hired by it make Air France to top our list of 10 airlines with most beautiful flight attendants.