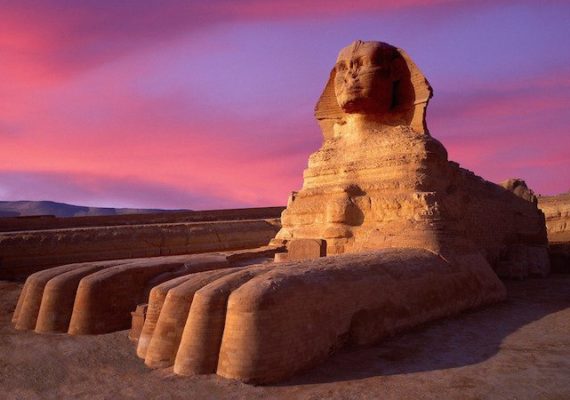 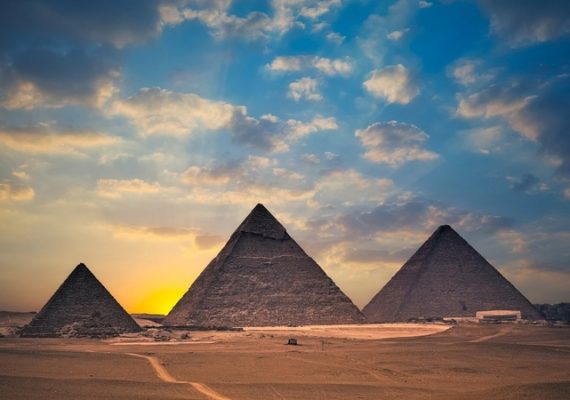 Spot a tourist in New York, and chances are you can’t be sure exactly why they’re in town. Broadway? Shopping? A quest to find the world’s best bagel?

At Giza, though, it’s pretty simple —travellers come here to see the Pyramids of Giza, one of the Seven Wonders of the World.

8 Things to Do in Giza, Egypt

The first thing anyone thinks of when they hear Giza is, without a doubt, its magnificent pyramids. The third largest city in Egypt, Giza is located on the west bank of the Nile, southwest from Cairo. With over 2.5 million people living here, Giza is most famous for the Giza Plateau, the site of some of the most impressive ancient monuments in the world, including the Great Sphinx, the Great Pyramid of Giza, and a number of other large pyramids and temples.

Giza itself has always been a place of historical significance for being so close to Memphis, the ancient Pharaonic capital of the Old Kingdom. It’s not just pyramids here though, so check out our guide on things to do in Giza, as you wander the dunes.

What’s so great about the Great Sphinx? Plenty, as visitors will be awestruck with its sheer height (its name literally means The Terrifying One). A mythical creature with the body of a lion and the head of a human, the face of the Sphinx is generally believed to represent the Pharaoh Khafre.

The Sphinx is missing a nose and beard mysteriously, possibly due to wear and tear, and was likely initially a focus of solar worship, as the lion has always been a symbol of the sun. The Sphinx itself is an incredible creature, that continues to stand tall amidst the desert landscape even countless years after it was first constructed and you will be fascinated by its seeming immortality, as you gaze into its eyes and wonder if it’ll open its mouth to riddle you further.

This is THE Great Pyramid itself and the one thing you HAVE to see when in Giza. A complete mystery as to how the 6 million tonne structure was built, one cannot help but gaze upon its mighty visage, as it towers into the sky. It’s possible to go into the pyramid on a guided tour and really feel like Lara Croft, as you navigate the mazes and twisty labyrinthine tomb. Just be sure not to anger any sleeping mummies, and when you exit safe and sound, your life will have been changed irrevocably, simply by getting this close to a great wonder.

Could ancient Egyptians go to space? Well, not quite, but these solar boats were constructed as ritualistic ships, made to send the dead into the afterlife, as the Egyptian sun God Ra took them across the heavens. The boat in this museum was built specifically for Pharaoh Khufu, and here, you can see it from three different angles, from all three floors, along with a narration of how the ship was first discovered and later reassembled for the museum.

The Grand Egyptian Museum (abbreviated to GEM), is also known as the Giza Museum and is currently partially opened. It plans to be the be all, end all, one-stop museum to house all the artefacts of ancient Egypt and become the largest archaeological museum in the world. Constructed to look like a traditional chamfered triangle, the museum sits on a huge plot of land and its facilities will include all the latest technology, including virtual reality.

Even children can enjoy the exhibitions here, with the children’s museum and the museum will serve as a hub for other local and international museums to convene and have conferences.

Like Egyptian culture? Find out more about the way Egyptians used to write and make records in the Egypt Papyrus Museum. Book yourself a guided tour to get all the juicy tidbits you could possibly want to know about Egypt, and who knows, you could even purchase some papyrus to take back home as a souvenir by the end of the tour!

There’s no shortage of culture in Giza, with every exhibition and museum hell-bent on teaching tourists all about the history of Egypt. This village has replicas of King Tut’s tombs, an experiential village, where visitors can learn and experience what life was like in ancient Egyptian times, and there’s even a play area for kids, where they can play games like bumper cars.

Not to mention, it’s not just about ancient history: from time to time the village also has photo exhibitions of more recent affairs, with plenty of dioramas available and depictions of recent political events.

Ramses Wissa Wassef was an Egyptian architect and professor of art and architecture at the College of Fine Arts in Cairo and the founder of the Ramses Wissa Wassef Art Centre. Here, one can explore the wonders of Egyptian tapestry and the entire centre is dedicated to releasing the innate creativity of young Egyptian villagers.

In the centre, two generations of weavers have developed, many of whom are now grandparents, as they continue to pass on the traditional art of weaving and keep this remarkable culture alive.

End off your day by seeing the Pyramids in an all-new light…in the dark, that is. The Sound and Light Show presents an exciting show, projected onto the Giza pyramids. They tells the story of the entire history of Egypt in just an hour. Let the Sphinx be your narrator, as you go back in time to watch the marvel of the human spirit and learn about those who worked hard to please their Pharaoh, by building the greatest structures in the world – the pyramids – as the great kings of old watched on.

Getting down in Giza

Pyramids, sphinxes and so much more lie in wait for you, in Giza. Book your tours early to avoid being left stranded in the desert. If you plan well, you’ll find a wealth of fun activities and thousands of years of knowledge here, as you marvel at these ancient structures and admire all that Giza has to offer.

Warning: A non-numeric value encountered in /home/windowsh/public_html/lowpriceoffers.co.uk/wp-content/plugins/themeum-core/payment/paypal-button.php on line 274